The Bucharest Conference on OSCE decided in an executive board meeting held on 25 September 2017 to strongly support and uphold the principles outlined in the CARACAS DECLARATION and to express a firm support to the legitimate government of President Nicolas Maduro.

The full text of the CARACAS PROCLAMATION can be accessed here: 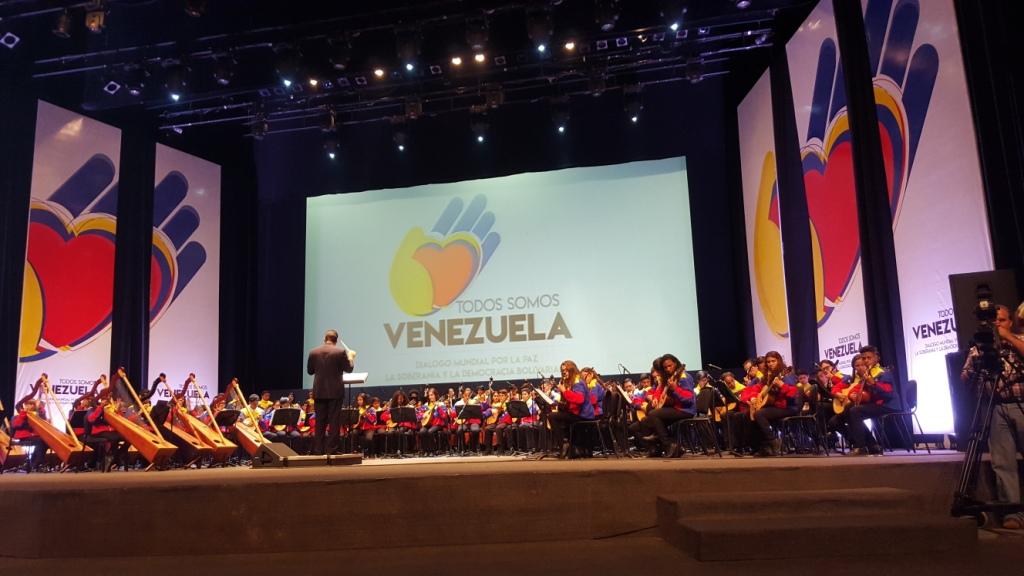 We, the representatives of political, social, religious and trade union organizations and the personalities and intellectuals from 60 countries of the world have gathered in Caracas from September 16th to September 19th, 2017, in the framework of the World Conference "Todos Somos Venezuela: Dialogue for Peace, Sovereignty and Bolivarian Democracy". We firmly support the people and government of Venezuela in the face of the US imperialism attacks, which every day aggravates its destabilizing actions against the Bolivarian Homeland.

These actions have reached their most dramatic expression in the fascist violence unleashed between the months of April and July of this year, which left the unfortunate balance of 115 dead citizens, thousands of injured, generalized damages and psychological aggression against the entire Venezuelan people.

Today, the political aggression of the US imperialism is carried out personally by US President Donald Trump, who not only threatens to use his military forces against Venezuela but also leads a rarely seen diplomatic siege from the Organization of American States (OAS) with the participation of some governments of the region in order to undermine the strength of the Bolivarian democracy. At the same time, he formalizes, through an Executive Order, the implementation of the financial blockade that had already been applied "to choke the Venezuelan economy." 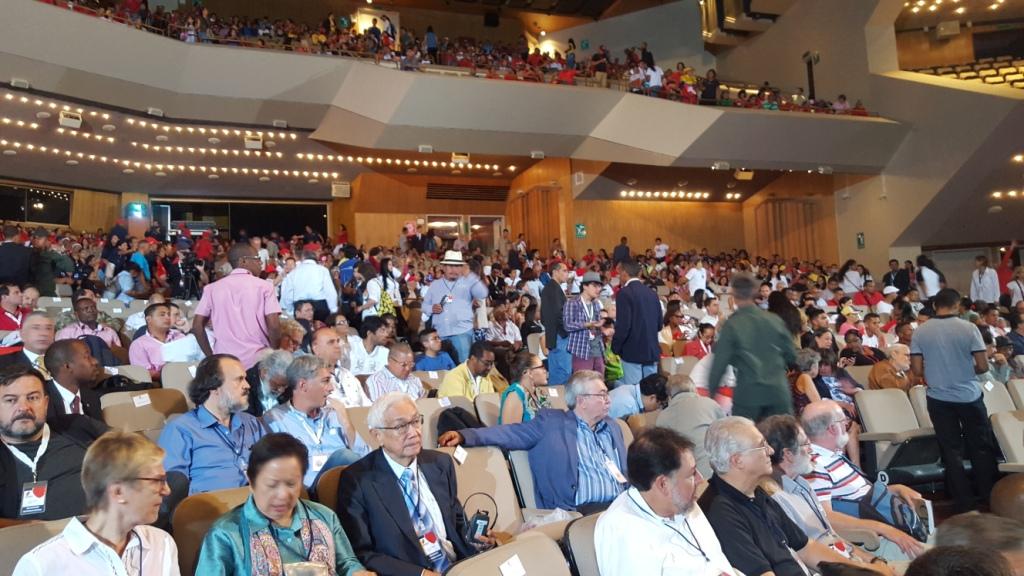 Representatives from 60 countries subscribed to the CARACAS PROCLAMATION.

The imperialist aggression against the Bolivarian Revolution is a flagrant violation of the Proclamation of Latin America and the Caribbean as a Zone of Peace endorsed by the presidents of all the countries of the region during the Second Summit of the Community of Latin American and Caribbean States (CELAC) held in Havana in January 2014, which defends the sovereign right of each country to determine its own destiny without foreign interference.

The administration of President Donald Trump, along with prominent spokesmen of the Venezuelan anti-nationalist opposition, deploys a plan aimed at destabilizing the State institutions through a set of maneuvers that were unveiled and defeated thanks to a political decision of great significance based on the philosophical thinking of Commander Hugo Chavez, historical leader of the Bolivarian Revolution, as it was the election, establishment and setting up of the National Constituent Assembly.

Through the Constituent Assembly, the Venezuelan people inaugurates a new historical moment ratifying and deepening the foundations of the social, democratic State of law and justice enshrined in the Bolivarian Constitution of 1999. At the same time, peace was reached in a clear demonstration of the failure of the extreme right-wing forces that carried out the horror of the generalized violence.

We, the representatives of political, social, religious and trade union organizations and the personalities and intellectuals attending this World Conference "Todos Somos Venezuela: Dialogue for Peace, Sovereignty and Bolivarian Democracy" are firmly convinced of the importance of the political dialogue promoted by President Nicolas Maduro, with its most recent meeting held in the Dominican Republic by representatives of the Bolivarian Government and those of the so-called Mesa de la Unidad Democrática (Opposition Coalition’s Parties), an alliance that brings together all sectors of the Venezuelan opposition. Hence, we strongly support the dialogue proposal promoted by the Bolivarian Government.

Quite the contrary to the statements made by extreme right-wing sectors in different parts of the world with the support of the large transnational corporations of disinformation, we emphasize that the electoral and democratic agenda continues. In Venezuela, in a few weeks, there will be regional elections, and the municipal and presidential elections will be held in 2018, as well as the referendum that will confirm or not the new constitutional text drafted by the National Constituent Assembly. In what other country of the world can a democratic practice of such dimension be found?

Hence, we condemn the despicable lies, fake news and distortions about Venezuelan reality as the main strategy to discredit the Bolivarian Revolution and the legitimate government of President Nicolas Maduro.

We also support the efforts of the government and the people of Venezuela to overcome the serious problems arising from the economic warfare conducted from the highest levels of the US government.

Our commitment to peace, sovereignty and the Bolivarian democracy is closely linked to the development of a broad and permanent conference of solidarity in each country, promoted by every political, social, religious and trade union organization of democratic nature that participates in this Conference.

The defense of the Bolivarian Revolution is an unavoidable duty of the peoples of Latin America, the Caribbean and the world. This is based on the understanding that in Venezuela, the right to sovereignty, independence, self-determination and integration of our peoples is defended.

Using the words of Jose Marti, with the defense of the independence of Venezuela we will prevent the United States from falling, with an even greater force, upon our American lands.