The summer of 2010 brings with it, two important international recognition to the diplomatic activities organized by the Institute of International Relations and Economic Cooperation. First, Professor Anton Caragea had received from United States Biographical Institute the title of ROMANIAN -MEN OF THE YEAR 2010. The decisive element in awarding the title to Professor Anton Caragea was his part in organizing and hosting the Organization for Security and Cooperation in Europe (OSCE) Bucharest conference in February 2010.

The OSCE Conference hosted in Bucharest by Professor Anton Caragea was perceived universally as an unshakable support for the activities of the OSCE and for the security of all European continent. For the Awarding Committee : the security of United States is inextricable linked by the continuous activity of OSCE at European level and in this direction the efforts of professor Anton Caragea in promoting OSCE activities during 2010 where a crucial one .

Not only the European Union direction of activity of Institute of international Relations and Economic Cooperation had attracted the attention, but also the activities destined to promote the dialogue between Europe and others civilizations area and specially the professor Anton Caragea sustained implication in promoting and constructing a dialogue among Christian and Islamic faith . 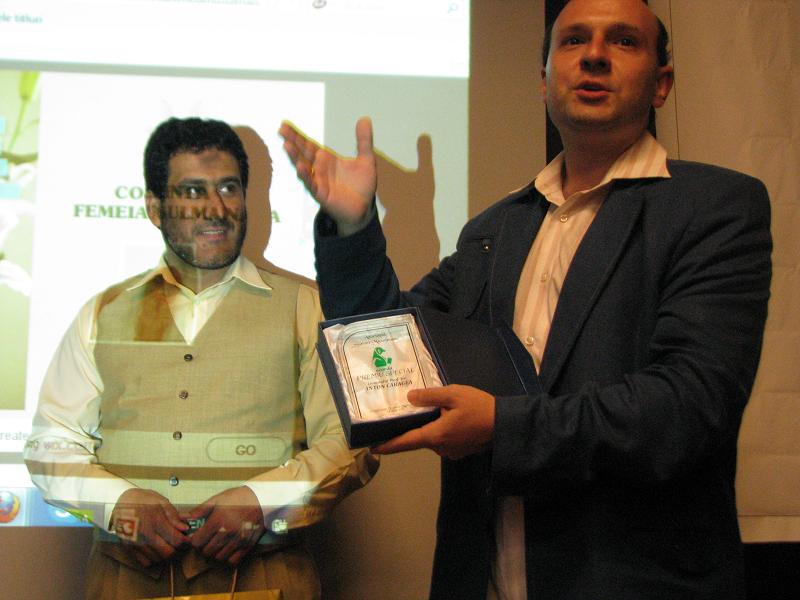 To reward this long time commitment the EUROPEAN MUSLIM WOMAN CONFERENCE has invited Professor Anton Caragea as a invite of honor to deliver a speech and he received the SPECIAL PRIZE for encouraging the inter-faith dialogue and supporting the empowerment of woman`s in all area of life. Both of recognition, had declared Professor Anton Caragea are not address to myself, but to all the people of the Institute that proved in this time of economic havoc that they can organize actions of European echo and could sustained peace and security thru organizations such as OSCE and they could promote the Romanian voice in all the major issues of our time.

The voice of Romanian cultural and academic elite will continuously be heard by the efforts of the Institute of International Relations and Economic Cooperation assured Professor Anton Caragea.